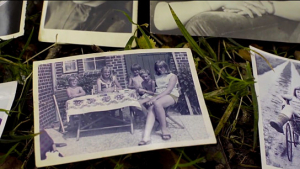 Documentary about Ernst Otto Karl Grassmé, who was interned and forcibly sterilized by Nazis in 1939. The reason: Grassmé, then the owner of a construction business in Altona, was diagnosed as schizophrenic, which was considered a hereditary disease. After his release, he retreated to a small wooded area, the Birkenmoor grove, which was his property. There, among makeshift dwellings and all manner of garbage and junk, he led the life of an eccentric hermit. He recorded his thoughts and feelings in letters. In the village community, he was considered a quirky outsider, but continued to be ostracized by many. Grassmé never received an official apology for the crime done to him; on the contrary, he continued to be harassed and disrespected by the authorities. He received compensation only shortly before his death. The film draws a comprehensive portrait of Ernst Otto Karl Grassmé as a person, and at the same time asks questions about what a self-determined life means and how society deals with the non-conformist and outsider.