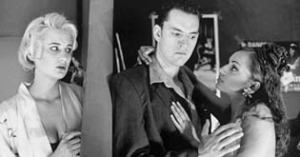 First-year student Andreas Schimmer had really been looking forward to studies in the big city - an easy-going life with DM 150,000 from grandad. Unfortunately, getting the money is connected to two conditions: a steady girlfriend and two exams to passed by the end of the term.

So, Andreas struggles with the perils of beginning his studies, the mishaps he experiences with several student jobs and his amateurish attempts at getting to know diverse female students. His life is made all the more complicated by his step-father who, afraid of losing his inheritance, frantically intrigues against him. Things initially seem to progressing when Andreas meets the clever student Marlis. She helps him to find a job and prepare for his exams. And what′s more, she falls in love with Andreas. But he only has eyes for his "dream woman" - the supercool Lea who completely takes advantage of him. When one of his father′s intrigues then also results in him having to get out of the student hostel and camp on the university campus, everything seems to be lost ...