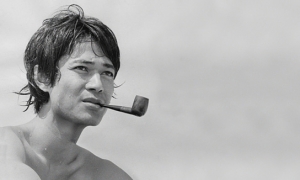 "Bonne Nuit Papa" is a film about conciliation, connection and farewell. It documents Marina Kem's search for her father's story. A father who was strange to her in two regards; strange because of his Cambodian origins, strange because of his silence. Dr. Ottara Kem never spoke of his Cambodian background. But on his deathbed he expressed his desire to be buried in his homeland Cambodia. For his daughter Marina it is the beginning of an intense, poetic and conciliate journey. Tracing the footsteps of his life, she immerses herself deeper and deeper into the history of Cambodia's ideological wars and at the end she finds a new family and reconciles herself with her roots.