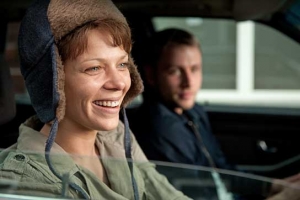 When it comes to seducing beautiful women, nest friends Tim and Can have worked out a mischievous pick-up routine: They claim to be terminally ill and exploit the compassion of their victims. So far, the dirty trick has worked fine for them – but then Tim uses it to hit on Marie, whose sister Edda is actually dying from cancer. When he eventually falls in love with Marie, Tim doesn't dare to reveal that he is not sick at all. Marie in turn, wants Tim to spend more time with her sister. Edda, who masks her fears with dark humour and cynicism, doesn't buy into the story of Tim's alleged brain tumor. But instead of exposing Tim as the fraud that he is, she uses him in her own clever scheme.