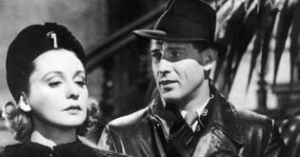 During his leave in Berlin, the young German airforce pilot Paul Wendlandt sees the famous variety singer Hanna Holberg, falling in love with her. Although Hanna lives in a totally different world than he himself does, in the glittering world of show business far away from reality Paul decides to get to know his new heart’s fancy. Just at the moment he succeeds, he is helped by an air alert: Hanna is now forced to take Paul home with her. The two want to marry, but the war doesn’t allow it to happen. Paul must return to active duty immediately. In order to distract herself, she takes on an engagement in Rome, where Paul travels to her. They quarrel with each other, however, and Paul now believes he has lost Hanna forever. Shortly thereafter Hanna receives a message, saying that Paul has been shot down and is in a military hospital. Now it is her that rushes to her lovers side.