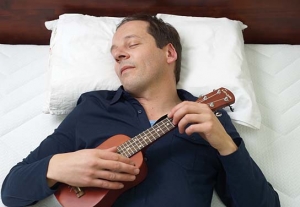 Work stands for security, self-esteem and existential meaning. Yet it is also a fetish, a mantra which constantly surrounds us via politics and the media. In his film, director Konstantin Faigle explores the myth. Around the world, he speaks to experts like American social historian Benjamin Hunnicutt, who argues that work has become man's substitute religion. He also visits sites which are significant for the rise and eventual decline of the faith in work. For instance the Ruhr area, where he meets the last of the "holy" miners. Or the US, where a one-man TV station  in California has all its features digitally edited in the Philippines. In addition to this, dramatized scenes introduce different characters found in the German workplace: the burnt-out engineer, the emancipated freelancer and the happy slacker.